The tiger mom is not the best educational model 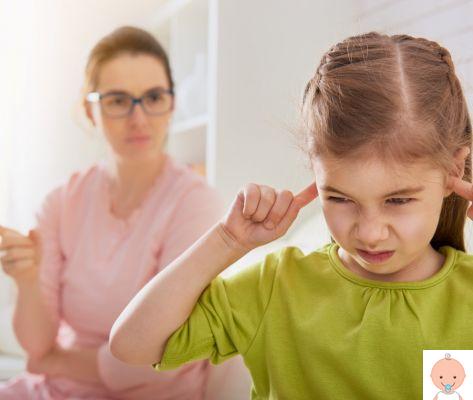 Raise your hand if you see sports or artistic performances by Chinese children he was not surprised by so much precision, skill and perfection. The phrase we usually express when looking at these child prodigies is: "They never miss a beat!" It already seems to be dealing with robots, precise, punctual in the exercises, fixed gaze towards the goal, concentration at the highest levels in order not to fail. Woe to be wrong, indeed, the word failure doesn't have to exist.


To underline even more this educational creed was, in 2022, Amy Chua. We are not talking about an education expert, but a lecturer in international law at one of the most prestigious universities in the United States, but not only of course she is also a mum. The teacher in question one day decided to write a sort of diary, however, enjoying worldwide success as well as receiving as many criticisms, in which she tells episodes of her life of her way of educating her daughters. In reality, what we read in the book is common to the educational style of the Chinese mentality, where a model is preferred, the Tiger-mom or Mamma tigre, very stiff based on maximum commitment and success in every field, from music to sport, from education to future career choices, in short, a real pursuit of perfection.

Read also: Parents who are too present and protective are bad for their children

Iron discipline and absolute ban on watching TV or playing video games. Furthermore, all kinds of parties and free time are abolished because hours would be taken away from commitment and study. A kind of "brainwashing" takes place in the minds of children, do you have to be successful in life? Well, it is necessary to commit to get it, nothing is given as a gift, but “it all depends on you”. It could also be a good life lesson, every result requires, in fact, a constant commitment on the part of the subject as long as it is presented to him as a fun and a game if dealing with children.


Studying a musical instrument can perhaps be a useful example to convey the idea. Music is a free art in some ways, but still subject to fixed rules such as respect for rhythm, intonation and melody. Many children approach this activity from an early age, but living it on the part of parents as a constant commitment and with the desire to achieve important goals will create in the child such an imposition that he refuses something for which he was interested. In practice, interest and curiosity for any activity would be lost because it would always be presented as a job to be completed perfectly.

Because the Tiger Mother model is a failure

Il Mother-Tiger model proved a total failure almost. Studies have not been lacking and have shown that by adopting this kind of educational theory the resulting results range from hardships relational to behavioral ones, from failures school to family problems. We could say that strongly authoritarian parents belong to this model who themselves received such an education from their parents, just as Amy Chua lived it when she lived with a mother who demanded the most from her children.

However, this absolute dedication to learning and success in every aspect of life involves a deep frustration, a hidden discomfort that at the first situation of rebellion can compromise that fake parent-child balance that was created. If the oriental educational approach causes discussion, and not a little, on the other hand there is a type of mother who is convinced that the best for her children is protect them from everything and everythingthe. Well yes, we are describing the so-called "Mother-hen".

Being omnipresent in children's lives, paving the way, covering holes, eliminating all kinds of obstacles is the dream, and often the realization, of this female gender who, in order to give moments of happiness, are willing to sacrifice their lives to protect that of the offspring. Why have negative experiences? Why expose them to constant dangers? In short, the load of anxiety with this type of mothers, rest assured, it is insured! “Be careful”, “Don't go there”, “Don't do this or that” belong to everyday language and the step of transmitting situations of anxiety and discomfort to children is very short.

Problems related to anxiety are, in fact, among the first that manifest themselves in both models of mothers that we have analyzed. In the first case, that of the tiger-mother, in the long run children and young people live with the tension of not being up to par, with what is defined "performance anxiety”, And they are convinced that they never meet their parents' expectations.

Most of the time this kind of authoritarian model belongs more to the father, especially in those families who live in a high socio-economic-cultural context in which children are required to make a greater commitment to avoid seeing their expectations blurred or, on the contrary , in those families where the economic situations are not the best and children are forced to commit themselves so as not to have to continue living in difficult situations, and this is precisely what Chua experienced, the family of origin had to leave China to to find fortune in America and the education received, especially from the mother, was based precisely on this request.

In the second model, however, the anxious state is accompanied by constant danger. The downside is that to raise children under a glass dome to protect them from external attacks will certainly not make them independent and responsible adults. Faced with a "threat", also understood as taking an exam or performing simple functions, they will not be able to handle it alone, but they will always need the parent figure next to them.

Furthermore, they will live with the constant doubt that whatever life presents to them will never be safe or worth living to the full. It must also be said that parents who decide to follow a fixed educational line do not always give the desired results. Very often, and this happens years later, when the foundations for a possible discomfort have now been laid, the children rebel against the educational model imposed by their parents because they have grown up or because for years they have accumulated hours of pressure and excessive demands or because they have realized that they are no longer able to bear such a burden.

Making experiences, making mistakes, making mistakes, on the other hand, belong to each of us because they allow us to get up every time we fall. Fortunately, let me tell you, there is no perfect educational model because there are no perfect parents, there is however the awareness that being parents means accompanying children on their journey, encouraging them in facing a challenge, supporting them after a disappointment and hugging them if they feel alone, because if it is true that "mothers are always the mom ”, the children, however ... are something else!

The Kristeller maneuver, what it is and when it is done ❯