The ugliest names given to children 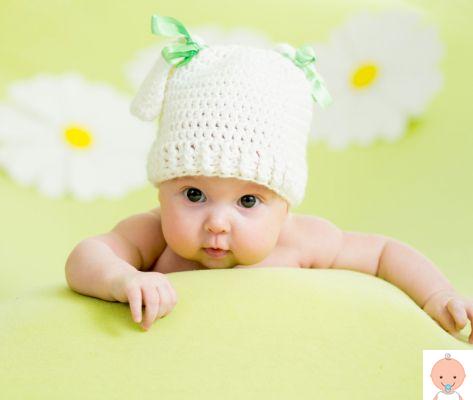 Ugly names, given to children

How many times have you happened to curse yourself for your ability to remain impassive, even in front of a mother who tells you the name of the child and you wanted to scream at her: "But how the hell did it come to your mind to call a child that way"? You just kept silent and immediately changed the subject to avoid stupid phrases, but above all to avoid making the unfortunate feel like a perfect idiot.

But after all, how can you pretend nothing has happened when an adorable child shows up in front of you, and you come to know that the poor thing is called "Orgasm"And yes, because apparently there are parents who are so creative (to put it mildly) that they had the courage to call their child just that. And sadly since the worst never ends, Reddit has tried to establish what were the ugliest baby names known among the English.

Read also: Tell me what name you choose and I'll tell you who you are

Names to avoid for sissies

In some states, there are no restrictions on choosing a name for your child. So the search results were surprising: in addition to original names, some were recorded some of bad taste. As for the girls, at the top of the list are Britney Shakira Beyonce (unique name) Patron, Obamaniqua, Abstinence. Then there are those who think of making a nice mix between the passions of mum and dad and the name comes out Hellzel because she liked Hazel, and he liked the Hells Angels. Not to mention the social addicts who call their daughter Like.

Among the males the most discussed and strange names are Orgasm and Lucifer. But let's think of the child who one day will have to face the first day of school; but why add further reasons for stress?


Then there are the passionate parents and yoga practitioners who decide to call their son Cobra. But the lack of common sense knows no borders; just think of the French parents who a few months ago tried to call their daughters Strawberry and Nutella, but fortunately without success.

Strange names in the country

The names banned in the world, what they are and why it is better not to use them ❯

add a comment of The ugliest names given to children