Therapeutic abortion: a book tears open the veil on pain 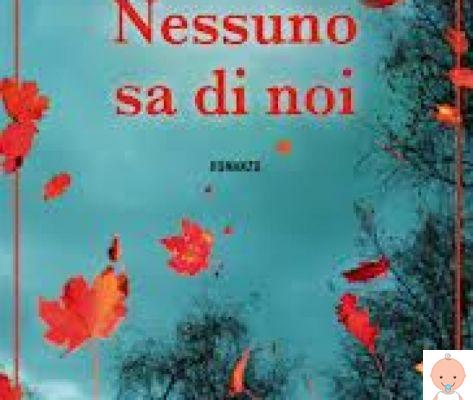 Nobody knows about us

In the village it is possible to practice avoluntary termination of pregnancy within twelfth week of gestation. Within these limits, interruption occurs through a short surgery or with the new RU486 abortion pill (Read).

But if this term is exceeded, it is no longer possible to terminate the pregnancy, unless there are serious pathologies affecting the fetus or risks to the life of the mother. In this case we speak of "therapeutic abortion"


ALSO READ: Abortion, is it only the woman who decides?


Choosing to give up carrying on the pregnancy in these cases is an extremely moment for the woman and the couple difficult and painful. The dream of that idealized child in his dreams crashes against reality: the fetus is malformed (Read), he will probably have very serious problems all his life, he will not survive for long.

Beyond personal opinions and questions of nature ethics and religious (Read), what matters is above all the pain of the parents and the situation of the village.

Often the woman encounters the bureaucratic difficulties caused by the difficulty of finding doctors and anesthetists who are not conscientious objectors (Read), she feels the weight of the moral judgment that adds to the pain for the decision taken: probably having reached this point in her pregnancy she had no intention of giving up her baby, but she can still feel judged or misunderstood.


And the conditions under which the woman must undergo thetherapeutic abortion they are really difficult: you have to practically deliver the fetus early. The fetus is expelled with some contractions which are induced by drugs and have very little chance of surviving after expulsion. However, doctors are required to resuscitate the fetus should it come to light alive.

Un pain in pain. A suffering for the mother, forced to live a birth that does not give life, and for the fetus.
And in fact, in other countries an injection is first given which causes the fetus's heartbeat to slowly die down and the expulsion proceeds only the next day.

To tear the veil on the terrible situation that women and couples who practice therapeutic abortion are forced to experience is the book by Simona Sparaco "Nobody knows about us ".
It is the story of a couple of aspiring parents who one day sees their biggest dream turn into a nightmare.

"When Luce and Pietro go to the clinic to have one of the last ultrasound scans before giving birth, they are in seventh heaven. Pietro even wears his lucky sweater, the frayed green and blue checkered one for big occasions. Finally, after years of useless attempts. , of "sex on command" and maddening calculations with calendar in hand, they will know their child. As soon as little Lorenzo appears on the monitor, however, the gynecologist's smile suddenly goes out. Lorenzo is "too short". He has something that does not work.
Thus begins the journey of a couple in the fog of an unknown reality. Luce and Pietro are called to make an irrevocable decision, which will forever change their lives and that of those around them. What's the right thing when all roads lead them to a dead end? And to what extent can love save them?
"Nobody knows about us" is the story of our fragility. Of a world that tears like tissue paper and of a great love that tries in every way to put it back together. An experience of pain and rebirth told by a voice so powerful and human that it remains impressed for a long time ".

Audio Video Therapeutic abortion: a book tears open the veil on pain
Tubal abortion: how does it happen and what are the most frequent symptoms? ❯

add a comment of Therapeutic abortion: a book tears open the veil on pain