Things to know about the arrival of the second child 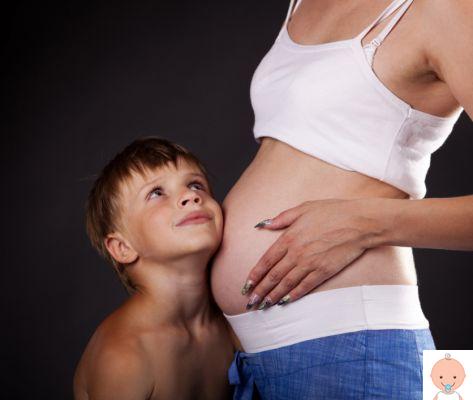 Things to know before the second child

You are about to try the adventure of looking for the stork for the second time? Well done! But it is not certain that everything will go like the first time. Something will probably change, and in some ways it will be better. Here is a list of things to know before the second child.

How to survive two children

Undoubtedly life with only one child it's easier. Especially when you get older it is easier to organize yourself to go out, go on vacation, spend your free time and of course follow him in sport and his activities. How to do it with two children?


Of course the time for yourself it is precious. Don't be discouraged: it is understandable and normal for you to feel great in the early days difficulties even to carry out simple and daily activities, let alone if you find the time to go to the hairdresser. But have patience and know that when both of them go to school and become older and more independent you will also be able to find time to dedicate only to you. And don't give in to the temptation to do it all by yourself: ask for help, from a grandmother, a friend, your partner, with whom you must always feel able to confide in each other and express feelings that are even difficult to understand.

Better an only child?

Many couples in the country have only one child, someone by choice, someone else by obligation, perhaps because they had the eldest child in years and when they thought they had another they did not succeed. In any case, having an only child has advantages and disadvantages:

How to manage the arrival of the second child

Impossible to deny that thearrival of the second child you panic in the family that magri had only recently found stable rhythms and equilibrium after the birth of the firstborn. Probably i first times they will be difficult: the eldest will have a tantrum, will be jealous and very active lively, while the little one needs tranquility and cuddles. Feeling inadequate and a pinch of guilt towards everyone can be normal, but let's not be overwhelmed by difficulties and fear. We keep everyone together, we organize the days by dividing the tasks between mum and dad, we do not expect perfection from the house, the family, ourselves and we give everyone the time necessary to rebalance the situation and rebuild harmony.

Read also: Ideas to prepare him for the arrival of a little brother

Little brother yes or no?

Many moms think they have a second child is practically a gift for the firstborn. Which will give him a familiar figure who will stay with him all his life and on which he can count. In many cases this is true, in others not: siblings fight and relationships are not necessarily idyllic.

So let's not just think about giving a little brother to our son just because "they will grow together”, But above all to expand the amount of love and the network of emotional bonds for the whole family.

Fear of having a second child

You certainly don't have to, we often tend to comply with pressures social or fmailiare: there is still a very deep-rooted prejudice about the only child and there are many people who tell us without brothers he will grow up spoiled and alone. In reality, the life of an only child is not that bad and if you really don't feel like facing another pregnancy, don't feel guilty.

Why have the second child

I reasons to choose to have another child can be various:

When to have the second child

Obviously it is difficult to decide to do one second child when the former has grown more and the balance is now firm. If we start wondering when is the right time to have a second child, we probably never will. Certainly for some mothers it may be easier to think of having a second pregnancy a short distance from the first: enter the loop of baby food, diapers, breastfeeding, you are not afraid to start all over again, especially if the first born is about to complete. three years and is about to go to kindergarten.

Someone else prefers to put greater distance between one child and another: in this case we could have the advantage of actively involving the firstborn in the arrival of the little brother, but perhaps things from a practical point of view will be a little more difficult.

The pains, what pain! What they are and how to recognize them ❯