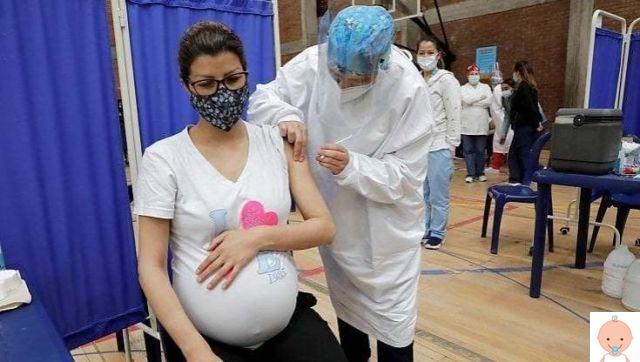 Goodbye to the traditional belly to support the baby bump during pregnancy. On the market it is all a flourishing of sheaths that make the body super sexy, tighten the hips and thighs and give a sinuous figure, while only the baby bump.

The most famous of these sheaths is called Mama Spanx, invented in 2022 by Sarah Blakely, promises to wrap the body in all its forms giving an extremely feminine and sexy look.
The woman's body appears thin and sinuous and only the belly emerges.

Mama Spanx had an immediate success, especially among women in the world of show, eager to show a pin-up physique on the red carpet even when they are pregnant.

Girdles and girdles for pregnancy

The various types of girdles and girdles to wear during pregnancy

La sheath in fact it smoothes the hips and thighs and supports the lower back and belly.

And following the example of the stars, many pregnant women around the world have bought this special bacon.
But experts have taken the field in recent weeks to reiterate that the use of this sheath is recommended.


The doctor, interviewed by the Daily Mail, explains that "it is very important not to restrict blood flow to any part of the pregnant woman's body because the baby needs oxygen and requires it from the maternal blood. This produces an increase in blood volume. in the woman's body ".

Echoes Gail Johnson, a midwife at the Royal College of Midwives, who strongly discourages the use of the sheath, also because pregnant women need to urinary often and the sheath can become a deterrent. Withholding urine can put you at an increased risk of urinary tract infections. Furthermore, these sheaths can favor themuscle atrophy if they are worn regularly and the risk of injury increases once the woman takes off the sheath.

Sara Blakely defends herself, specifying that Mama Spanx was not born with the idea of ​​bandaging the body in a sexy way but of support correctly belly and back: "which then makes you look more toned and slim is a side advantage".

add a comment of Trendy Pregnancy Girdles - Experts say no