Trophoblast: what it is, when it forms and the pathologies it can generate 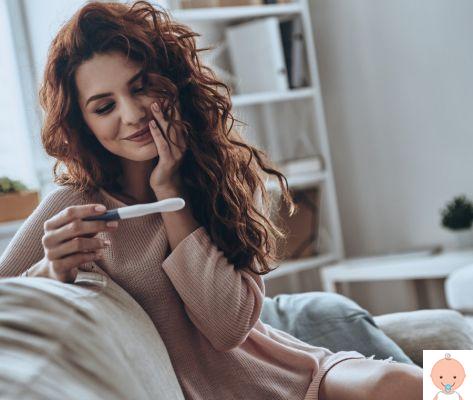 What is the trophoblast

When a pregnancy begins, it is frequently heard of trophoblast and of pathologies that could affect him. Not all women, however, know what it is, so we want to tell you about it in this guide.

The trophoblast is formed already in the first weeks of pregnancy, starting from the fifth-seventh day after fertilization, when a woman does not yet know she is pregnant. From the trophoblast, then, going on with the weeks of gestation, the placenta is formed that will accompany the mother and baby until delivery.

But let's proceed step by step, to clearly understand what the trophoblast is, when it forms and what is its importance.

Read also: Basal temperature in pregnancy: what it is and how it is measured

Trophoblast: when it forms

The trophoblast, as anticipated, forms a few weeks after fertilization. It is the fundamental cellular tissue for nourishing the embryo, even if it does not participate in its formation. Its role is primary in the implantation phase.

The trophoblast, in other words, constitutes the outer cell mass of the blastocyst, which is formed before the embryo is implanted. It is formed by small protuberances, the so-called chorionic villi, and produces enzymes that make embryonic cells enter the uterine mucosa favoring the nesting of the egg.

Performed properly this role in the implantation phase, from the third month onwards it takes the name of placenta.

Il trophoblast, after a few days of conception, it begins to produce the hormone hCG (human chorionic gonadotropin).

The latter - which also emerges from the blood test that women undergo to confirm that they are pregnant - is essential to ensure that the endometrium is receptive to the implanted embryo.

When the trophoblast becomes placenta

As mentioned above, at some point the trophoblast ends its function and gives rise to the placenta. What actually happens?

About three days after fertilization, trophoblasts begin to produce the famous hCG hormone Thus began the pregnancy. At this point the trophoblast generates the placenta and the external membranes. The placenta, in particular, guarantees nourishment and oxygen to the fetus, which are essential for its growth.

Pathologies that can affect the trophoblast

The symptoms of this pathology can be different and of varying degrees. They range from vaginal bleeding to preeclampsia, from enlarged uterus to vomiting, up to - in the most serious cases - spontaneous abortion and fetal death.

Gestational trophoblastic disease is a proliferation of fetal trophoblastic tissue that manifests itself in the form of hydatiform wheel or choriocarcinoma. They are both cancers, but one is benign and one is malignant and, fortunately, very rare.

La Mola idatiforme is a benign pre-tumor form of the trophobrast. In practice, even in the absence of a viable embryo, the trophoblast continues to produce Beta Hcg. In most cases, the consequence is spontaneous abortion in the first weeks of pregnancy.

Il Choriocarcinoma, on the other hand, it is a malignant tumor of gestational origin which, at times, can form after the hydatiform mola. It occurs with abnormal blood loss and is treated with surgery and chemotherapy.

In addition to the hydatiform mola and the Choriocarcinoma, there are also other pathologies that can affect the trophoblast:

add a comment of Trophoblast: what it is, when it forms and the pathologies it can generate