Two-year crisis: what to do against crying, anger and tantrums 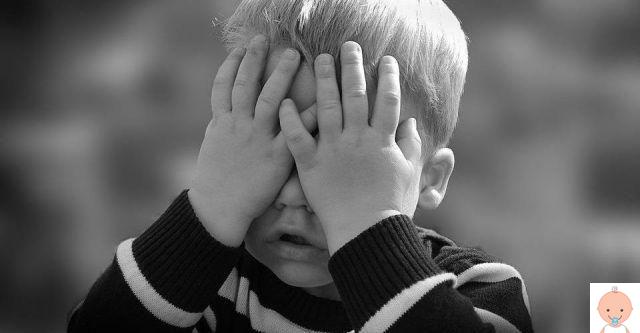 The British call them "terrible two", Which translated means"terrible two". Which, translated once again, identify a "wonderful”Period that i go through children indicatively between 18 months and 3 years. And the crisis of the the two years where our children they know one one and significant password: No..

Dad No, bathroom No, sleep No, walk No, park games No, school No, grandparents no… Everything is one unique fantastic No., which is often accompanied by cry sudden and inconsolable, shots of anger, scenes of despair with children thrown away for land, moods which until recently seemed unimaginable.

Let's start with two considerations general. The first (consoling) is that it is a moment transient: it can be more or less long, But the crisis of the the two years comes and then goes. The second (a little less consoling) is that the weaponry to fight the "terrible two"There are not many: it takes a super buffer stock di patience.

La crisis of the the two years arrives for all children because it is one phase fundamental of development, a bit like that of 8 months. THE signals they can be more or less blurred because, of course, every little one is different from others: there are those who do oppose to everything and there is no way to do them reason and others with whom you can discuss a little more (always remembering theirs age).


Why unleashes the crisis of the the two years? Why the baby grow up. It seems like one banality absurd, but this is it ragione. After i 18 months, when now walking and start saying the first ones passwords (or at least almost always manages to do to understand), his sense of independence increases, realizes it is a subject a sé, different from mom and dad, with one of his own personality and a big one want di autonomy e freedom. E i No., the cry, the moods they are the way to express it. Because he knows nothing else way to do it ... It's his way to say “Hey you! Look at that there are also io".

But not alone. Still being like that small, desire di independence also clashes with the fear of detachment dai Parents and return from them is necessary. And maybe there frustration for not being able to do from only is expressed with the Tears and nervousness. Not we forget then that still not they talk at all or they don't do it right and le emozioni they don't know controllare they also come out in a way "violent": the launching of a object or a nice cry.

Very often we Parents we come displaced from crisis of the the two years and we don't know how handle la rebellion and tens of No. that our children turn to us every day. Let's see how "to survive".

To this age, is impossible division rules for each thing: risk I say to confuse the small and, above all, of limit it in its discovery of what it surrounds. So, for example, if you want eat with the hands and there is no way to use the spoon, indulge it: it's not the end of the world to have it pastine scattered in half kitchen. On the contrary, firmness absolute in others situations, like staying in the booster seat in machine or not approach taken di current. This way, he will understand what he really is important from what is less.

When a thing is not possible, do not tell the child No. just (as he does), but try to give one explanation simple and clear of because It can not be done. On the third candy, for example, the response it could be “love, you already have some eat two: another candy makes you come male al tummy".

avoid il No. dry regardless of what you propose, give your child aalternative. “You want the apple or the banana?": Sara "forced"To give you one response (expect also a "no apple and no banana", but it is more rare!).

In case of scenes "Melodramatic", the reproach would come spontaneous, but be aware that not need a nothing. As well as denigrate il child è counterproductive: "That shame! Everyone is looking at you! " he will not stop di to cry, but on the contrary it will increase his frustration. Let us therefore try to to encourage i behavior positive e disapprovare those negative.

La crisis of the the two years is a system for to express their own emozioni: slowly you will learn to recognize them you too and "to prevent". Babies don't know how to manifest sadness, gioia, excitement and often become irrepressible: wait with patience that the moment passes highlight. Then teach the child the value ask excuse: it need not be tip, but a embrace or a caress.

One last thing. For counteract la crisis of the the two years leave your child sweeper di explore. This does not mean putting it in situations di danger! You still have to be present and let him know that you are there in case of need. But get on a bit background: the child will acquire confidence in itself and will learn a discover il world and manage alone.

Crisis of the eighth month of newborns: what it is and what to do ❯

add a comment of Two-year crisis: what to do against crying, anger and tantrums