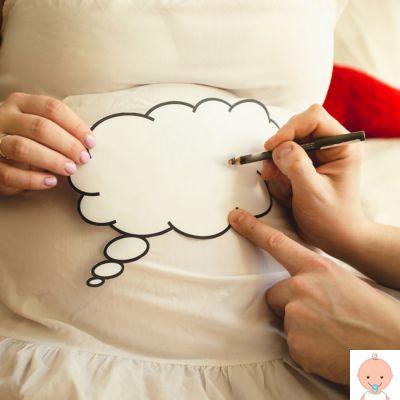 A unisex name is a name that is not gender specific, so it is a neutral name that can be imposed on both males and females. In this guide we went in search of the most beautiful unisex baby names, both the townspeople and foreigners.

In el country i unisex names, therefore that are good for both a boy and a girl, they are very few because the culture and tradition of choosing a neutral name are not very rooted. We also remember that it is quite common to add the female name Maria after the male name for a child. Furthermore, until a few decades ago the name Mattia, especially in the southern regions, was a typically feminine name.

here are the 5 unisex names and the most popular villages:

A name originally both feminine and masculine, although today it is generally attributed only to males. It means "fertile" and of course "happy". As far as its diffusion is concerned, the Amschil version has an absolute value, in 1999, of 180 and 87 in 2022. Instead, the female name Felice is very rare, with an absolute value of less than 5.

It is a name of both male and female Latin origin and means "came from heaven". Today it is attributed above all to girls (with an absolute value of 2022 in 611), while the male variant is Celestino.

Fiore is a name of Latin origin which means "flower" and which is both masculine and feminine. The male variant in 2022 is less than 5, while the female name Fiore was imposed, in 2022, on 6 girls.

It is a unisex name of Greek origin. It derives, in fact, from the word Adams and means "indomitable". If what about males Diamond it is not very common, indeed it is really rare, as far as girls are concerned this name is experiencing a moment of authentic exploit: according to the ISTAT name calculator, in fact, in 1999 this name was chosen by less than 5 parents of newborn girls, but in the 2022 the absolute value jumped to 52.

Contrary to what happens in the country, in the Anglo-Saxon countries the tradition of imposing a unisex name it is quite widespread. In foreign countries it is also quite common for a name to be pronounced the same way, but spelled differently - masculine or feminine - such as, for example, Yves ed Eve. It often happens with American female names, of simple pronunciation and incredible effect.

At the same time, there are also countries where the law expressly prohibits the use of neutral names, such as Finland.

Read also: Dictionary of female names and villages and foreigners

The most beautiful unisex baby names

If we want to choose a unisex name for our baby we must necessarily draw on foreign names because, as we have seen, in the country it is really difficult to find neutral names. We should not be afraid, therefore, of exaggerating with originality by choosing a unisex name of foreign origin. Always make sure that the name has a nice meaning and that it agrees well, from the sonorous and harmonious point of view, with the surname, to avoid a ridiculous effect.

Here is a list of beautiful unisex baby names with meaning

The most original unisex baby names

Until recently it was very common that, having originated from surnames or from names of ancient family tradition, a name became unisex (and this happened above all for male names which also became female). More recently, modern unisex names have been introduced, mainly inspired by nature, colors, states or countries of the world. If we want to overdo it with a truly unique choice, we can range between different names of this type.

here are the 5 most original unisex names.

I can't choose a name for my son: tips and tricks ❯

add a comment of Unisex baby names, the complete guide