View of newborns, as it changes from baby bump to 2 years 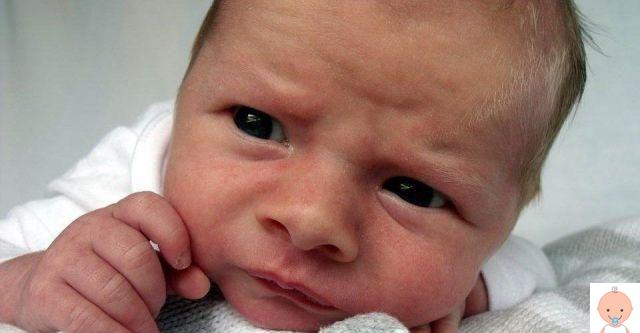 The first contact eyes negli eyes with their own child just came to world is one of those moments that every mum will never forget, perhaps almost like the test of pregnancy positive. But how they see these little ones? How does the view of the Infants since I've been in ours baby bump on? Let's try to find out by coming up to the 2 years of age.

Let's start right from gestation. Starting from 27esima-28esima week the child is able to open the eyelids. In womb maternal, in the perfect weeks, is able to recognize the light which comes fromexternal. I know if you point one source bright towards the belly, the little one does will turn towards it and will recognize it. Its first perception visual therefore is the difference of brightness.

All projects birth its eyes they are able to discharge a fire until 17-30 centimeters: the distance optimal for locate il face of parent who has it in braccio. Furthermore, in the former moments of life, the little one is attracted especially from what it is round e dark, like i eyes di mum e Pope. Immediately after the delivery, his little eyes may appear swollen, but it's one thing temporary.

in very first days, the view of the Infants most likely it is still in White e black. If the light è intense, they squint annoyed (actually, it should avoid of each abrupt exposure al Sun or alle shine direct). To the dark le pupil dilate, the child sees a little out of focus and to one distance not more than 30 cm.

To a month, turns to one source di light, he observes about to himself and is capable of follow with the look un object in movement. IS instinctively attracted to turned and fixed at lungo il face of the mother or of each person next his.

A 2-3 months view of the Infants does a further step in forward. The child is capable of follow for a time the objects in movement a distance close (type le giostrine on the baby cot), but if it is excessive the eyes They tend to converge to the center, as if it were cross-eyed. At this age, he still doesn't know to coordinate lo look with movements of the hands.

A 4-6 months locates and follows with eyes an object in movement, Up to 3 meters of distance. If this is found more close (at 15-30 centimeters), the little one will stretch the little hands and will try to grab it. This is possible because he now knows to coordinate la view and movement.

La view of the Infants it begins to become more refined starting from 7-8 months of life. They look with caution what happens about to them and look inside direction of a object that falls, what that there fun a lot (get ready to pass the time to fly puppets e games down from sofa or from table). If I am a lot simple e colored, they begin to show interest and culture present in western Sicily ". for the Figures of a book.

A 9-10 months, if the child leaves to fall give it something hands, knows exactly where it goes to to end, even if it is outside his own field visual. Distinct details e colors of the Figures di books e newspapers e indicates the things that are more to him family. By now recognizes also to distance le people that they are notes.

And we come toyear of age. Around the 11-12 months the child manages to follow along with it look even things fast movement: when is atopen follows with interest and culture present in western Sicily ". (and also rather a lungo) the movements of the people, The animals and to the objects (for example, a child, a ball or dog which runs to the park or le auto and the other mezzi di transportation on roads). Even from a certain distance is now capable of to judge le dimensions some things.

Among the 12 and 18 months all functions visuals come to maturity. Among the 18 and 24finally, the capacity visual are equal to those ofadult and it is in this period that could come the suspected of some deficit.

By the way: when to do the visit ophthalmology? According to the experts of the Bambino Gesù hospital in the city, the former should be carried out within the former 6 months to exclude diseases of bulb eye, the second a 3 years (when they can be highlighted defects as visual as the "lazy eye"Or it strabismus) it's at 6 years, that is when i children begin there school primary.

Vitamins to newborns, because they are given D and K. ❯

add a comment of View of newborns, as it changes from baby bump to 2 years