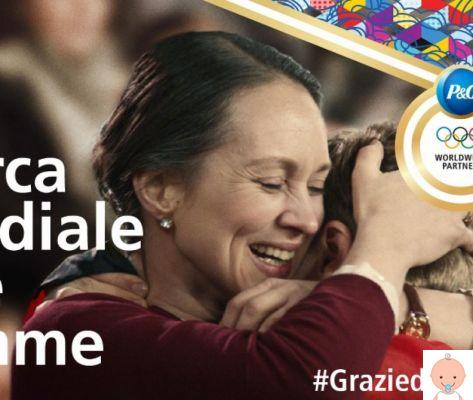 How Moms of the World Are Search Procter Gamble

What is it like to be a mother and how do women from different parts of the world experience this exciting adventure? Ahead of the Rio de Janeiro 2022 Olympics Procter & Gamble will accompany Gregorio Paltrinieri and his mother Lorena to Brazil for the campaign "Thank you very much, Mom», And in the meantime it has commissioned a unique research that involved about 15.000 mothers (1019 in the country) from 15 countries around the world with the aim of designing the identikit of today's mother.


So let's find out what are the characteristics of modern mothers: the fact that perhaps few expected but that basically does not surprise anyone, especially those who are mothers, is that 98% of women she did not feel at all ready to become a mother (a figure in line with that of the other countries involved in the research) and 61% believe that being a mother today is much more difficult than before.

Could it be because motherhood often translates into a treacherous and exhausting balancing act to juggle work, family, personal life?

The picture that emerges, therefore, is that of a modern, dynamic, handyman (or multitasking, as we often hear emphasized), responsible and ambitious mother, who seeks in herself the physical and emotional forces necessary to keep everything on her feet.


And which ones resources do today's mothers draw?

And there are many who do not hesitate to ask help: 52% of mothers in the countryside have someone who helps them manage their children on a daily basis (66% global), even if, for 74%, the responsibility for family management remains with them.

91% of mothers and villages (86% globally) want their children to feel the parental role even when they are not present and 73% (67% global) say it is more important to lead by example than to be involved in every everyday aspect of parenting. This is also to be able to pass on to their children i values which are more important to them: 44% want to teach determination (26% global), 41% open-mindedness (29% global) and 30% honesty (for mothers in other countries it is important much higher, 41%).

And in the rest of the world?

The research also allows us to photograph the differences in being a mother in the various countries of the world. And there are some curiosities:

Mothers are a real force capable of transmitting this same strength to their children - just as the latest "Strong" video of the P&G "Thank you very much, Mom" ​​campaign tells us - and this research confirms it: it is a further recognition of the complexity and unique value of the mother's role for the family and for society as a whole, across the planet. In fact, we have thoroughly investigated the universe of mothers in various geographies, trying to be at their side once again. After all, P&G with its brands such as Dash, Pantene, Gillette or Oral B, has always accompanied millions of people in the country and around the world on a daily basis. And it will also do so on the occasion of the Rio 2022 Olympic Games, during which it will support the mothers of athletes who decide to follow their children to Rio de Janeiro by hosting them in the P&G Family Home, a "home away from home", where they can enjoy treatments of beauty and services of P&G brands

How to explain March 8 to children ❯