What are the most common names in Florence? 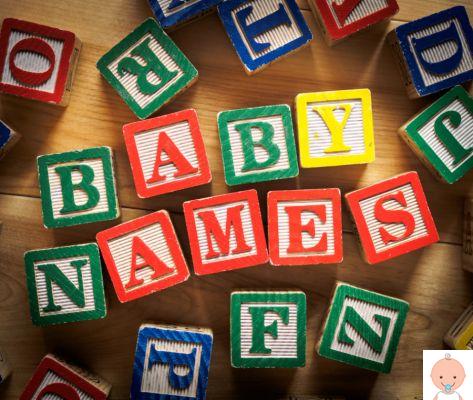 The ranking of the most popular names and villages in the country sees on the podium Leonardo, Francesco and Alessandro, for male names, e Sofia, Giulia and Aurora for female names. But the reality is very different locally and the podium changes according to the city where the new born are born. Today we went to browse the demographic focus of the August Statistical Bulletin of the Municipality of Florence to find out what are the most common names in Florence and there is no shortage of surprises.

Most common male names in Florence

On the top step of the ranking of male names in Florence there are:

But among the new born Leonardo always wins, even in the Tuscan capital, also because it is definitely a name with a long Florentine tradition, followed by Lorenzo who for many years held the first place, and finally Niccolò who confirms himself in third place, more in below we find Francesco.

Most common female names in Florence

Here are the most popular female names in Florence:

Things are different with regard to the girls born last year: the most common name is Giulia, followed by Sofia (which is the female name with the highest absolute value at national level), Bianca and then Vittoria in fourth place.

Andrea, meaning and curiosity about the name

Andrea is an origin name Greek what does it mean "man, virile, strong ". It is an ambiguous name and can be used for both male and female gender. L'name day falls on November 30th to honor Saint Andrew the apostle.

Seemingly reserved, Andrea hides his desire for independence, his perfectionism and idealism behind a facade that can sometimes make him seem overly detached. The creative and artistic side of him is often expressed in every field, both in social and work life.

Its color is the red and the birthstone is the ruby.

Francesca, meaning and curiosity about the name

Francesca is an origin name Latin what does it mean "belonging to the people of the Franks". THE'name day falls March 9 in honor of Santa Francesca the city, but it can also be celebrated on October 4 when St. Francis of Assisi, patron saint of the town, is commemorated.

Rigorous, precise, orderly and meticulous, Francesca has a strong, selfless character, and is always ready to listen and help others. She is curious, she loves to cultivate her intellectual side and prefers jobs and tasks that require great organizational skills.

Its color is the blu and the birthstone is it sapphire.

add a comment of What are the most common names in Florence?