What does the baby feel in the mother's belly 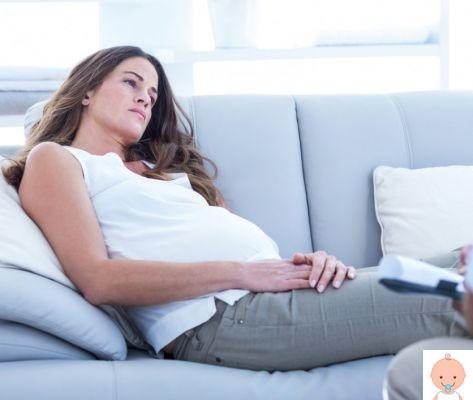 What does the baby feel in the belly

How can the mother's emotions influence the development of the unborn child's personality? What does the baby feel in the belly? He can feel it mood of mom? Several researches answer yes and would confirm that stress and negative emotions prolonged and constant would have negative effects on the fetus.


In short, we can make our emotions, whether positive or negative, reach our child, exactly as happens with food, nicotine or alcohol. How is it possible?

What the baby feels in the belly

Sounds, noises, pain: what does the fetus feel during the nine months of pregnancy?

The fetus feels the emotions of the mother


Basically, when a pregnant mother is anxious, stressed or in a state of fear, the stress hormones released in her blood cross the placenta to the baby. Hundreds of studies have confirmed that chemicals released from the pregnant mother's body are carried into the uterus and affect the unborn baby.

Stress activates the endocrine system of the unborn child and influences the development of the fetal brain. Babies born to mothers who have had very stressful pregnancies are more likely to have behavioral problems further on. Not only that: studies show that mothers living in conditions of extreme and constant stress are more likely to have premature, below average weight, hyperactive, irritable or subject to neonatal colic.

And what happens with theand positive emotions?

Science has also shown that mom's positive emotions promote health of the unborn child. Thoughts that instill a sense of serenity and happiness in the developing child can set the stage for a happy and peaceful balance. This is because a positive mental state induces the production of chemicals such as endorphins o enkephalin which have a beneficial effect on the psyche.

Read also: What does the fetus feel in the belly

How to improve the emotional state during pregnancy

If we look at the suggestions of the experts we find that stress can be contained and kept under control during pregnancy. Yoga and meditation can help, as can natural remedies and herbs, but we suggest some activities that a pregnant woman can perform during pregnancy.

What does the fetus feel inside the belly? ❯