What is hyperemesis gravidarum and who suffers from it 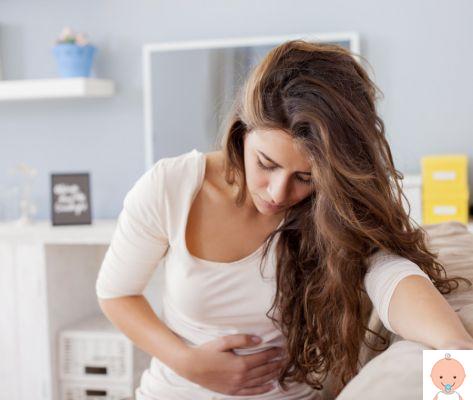 Almost all women have to fight in the first months of pregnancy with morning sickness.
For most pregnant women, the nausea disappears after the first 3 months of pregnancy, but in some women, however, the nausea manifests itself in a much more violent way and hospitalization may be necessary. That's what happened to Kate Middleton in the two previous pregnancies. Recently the Duchess of Cambridge and Prince William of England announced the arrival of a third child, and once again Kate is forced to rest due to intense vomiting and nausea.

Hyperemesis in pregnancy, what is it

It is about Hyperemesis Gravidica or Hyperemesis gravidarum, a pregnancy disorder that is characterized by a acute form of nausea morning and affects about one in 200 women. It is therefore a rare disorder, but it can still happen in early pregnancy.

Hyperemesis gravidarum manifests with very severe forms of vomiting, which can cause even one excessive dehydration, because the woman who suffers from it is unable to replenish the liquids she loses.


Here are the main symptoms of hyperemesis gravidarum:

For this reason, hospitalization is often required for subject the woman to IV treatment and thus be able to replenish fluids. The cure also consists of one particular diet (you have to do small dry at a short distance and drink a lot). To try to avoid hospitalization, many women take antiemetics which are supposed to limit vomiting.

If not taken care of properly, hyperemesis gravidarum can lead to a drop in the level of potassium in the blood, with liver function problems and a lack of mineral salts which are very important for the development of the fetus, especially in the first months. It can also cause a lowering of blood pressure (with possible episodes of fainting) and a increased heart rate.

In some cases, such intense nausea can be caused by the presence in the uterus of a "hydatiform mole", a benign mass that can form due to hormonal changes. Or they could also be caused by a twin pregnancy.