What to do if the mother hinders the father-son relationship 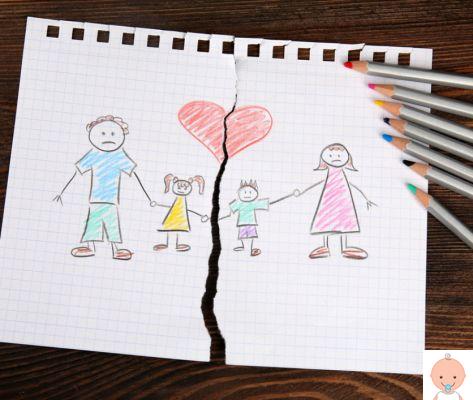 If the mother hinders the father-son relationship

Making the children turn against the father involves the loss of shared custody and compensation for damage. It often happens that in situations of family crisis, children become the battleground of the parents. It is now well established that minors are entrusted to the mother with whom they will continue to live. But it also often happens that the latter, remove the children from the ex-spouse not only in an emotional sense but also in a physical sense, making the relationship more complicated.

What to do in these cases?

According to the Court of the city loses custody of the children who makes sure to distance them from the other parent, trying to belittle him and put him in a bad light. It will then be up to the father to appeal to the judge to ask for a review of the separation conditions. However, serious behavior must be dealt with, given that the primary interest pursued by the judge in the decision is always that of minors. Therefore, if the mother obstructs the meetings between father and children and the latter suffer damage, such as to disregard the father figure, the court will decide the revocation of the shared custody in favor instead of the exclusive one. Also after separation, each parent must make every effort to ensure that their children maintain stable contact and a loving relationship with each other.

In other words, it is a question of guaranteeing the right of minors to the so-called two-parenting, that is, to have a serene bond with both father and mother. It is not a simple negative duty, that is to refrain from behaving that could distance one of the parents from their children; but also a positive duty, that is to take action - in the presence of the refusal on the part of the children themselves, to want to attend the other parent - to ensure that every obstacle is removed and the minors approached their ex-spouse, despite their reluctance and indifference.


Often, then, the non-custodial or non-custodial parent is kept out of fundamental choices for the child's life (health problems, school choices, etc.), being informed only when things are done. The justification is often traced back to the too anxious or intrusive nature of the parent who could in some way damage the psychophysical balance of the minor. Furthermore, it happens that accusations and threats of various kinds end up being addressed to the ex, involving the friends and family network, up to the judicial seat (the classic example is the reports of child abduction due to delays in the return of the child , up to the very serious ones of sexual abuse and / or mistreatment, etc.).

Anyone who behaves in this way commits a serious offense, both towards the ex-spouse and towards their children. Therefore, addressing the judge, he will apply the sanction of the warning and, in the most serious cases, of the revocation of the custody (which, from shared will become exclusive, i.e. in favor of the single parent who, on the other hand, has behaved correctly towards the other). It is the obligation of each parent to make sure to recover and maintain the image of the other parent towards the child.

In the event of a boycott, there are two types of consequences:

In serious cases, the Judge may:

The recipients of compensation for damage can be both the parent and the child, respectively deprived of parental attendance. In fact, article 709-ter of the our Civil Code, provided for by law 54/2006 for the resolution of conflicts between parents on parental responsibility or on the methods of custody, gives the judge the faculty, in the presence of serious breaches, or in any case of acts that cause damage to the minor or hinder the correct execution of the procedures of the custody, not only to modify the measures in force, but also to jointly adopt sanctions against the defaulting parent, including precisely the compensation for damages against the minor and the other parent, as well as a real sentence in favor of the fines fund. What is evaluated is whether the conduct of the "hindering" parent causes harm to the correct growth of the child and damages the right of the other parent to have a relationship with the child. If so, there is a non-pecuniary damage that can be compensated.

Judgment of the Court of the city

Recently, the court of the city ruled that a mother will have to pay financial compensation to her husband after precluding him from the time necessary to be with her child. The now ex-husband and wife, in the process of separation, are at loggerheads and are arguing in all possible locations. And unfortunately there is a middle child, for whom an agreement was found on the times to spend with single parents.

However, the calendar was totally disregarded by the mother, causing the father's legal reaction. In particular, her mother delivered her son without the necessary for school or sports, thus forcing the father to return to her home to retrieve him. And when the father came to fetch the child for the predetermined father-son moments, he would not let him find him or communicate his sudden illnesses, according to the court clearly invented.

The Court of the city, with a provision dated January 2022, not only punished the behavior of the mother for the past, but also provided for the application of an economic sanction, automatic, and to the benefit of the father, for every single future violation of the paternal right to be with the child, on the basis of the times scheduled by the Court.

The mother, if she continues with the treats previously described, will have to pay different sums depending on the type of violation she will carry out (€ 30 when he does not deliver the necessary material for school or sporting activity ", € 50 when he does not allow the child to spend time with his father and so on). If this measure were ineffective, the Court could even change the placement of the child. Obviously the sentence is based on the assumption that the children must have a full and satisfactory relationship with both parents even if they interrupt their relationship, which obviously has not stopped the mother's intentions (in this specific case) to retaliate against the 'hated ex-husband, using the child as revenge.

What to do if we want children and he doesn't? ❯