When you can love your "stepchildren" 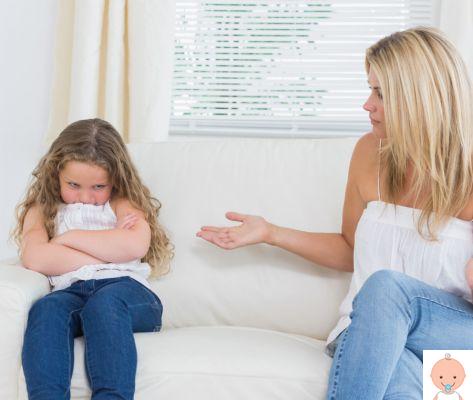 The new constitution highlights a definitive separation between the parents and makes it clear the impossibility of getting back together as a couple, which many hopeful children dream of happening. The new relationships therefore replace and integrate the old bonds in different ways and, often, some emerge conflict which may appear manifest or latent.

Among these, the possibility or not to have feelings of attachment towards the children of the previous marriage of the partner as well as love for one's own. There awareness of not being capable or responsive towards stepchildren it makes many parents dissatisfied with the reconstituted relationships, asking themselves several doubts about the real will or motivation to constantly educate and satisfy the growth requests of children or children born in the previous union.

Read also: Parental separation, how to avoid trauma in the child

In many cases it is possible, however, that a bond of parenthood is established even in the absence of elements of consanguinity and rules that institutionalize this relationship. Indeed, while in nuclear familiesi the biological component conditions affectivity, in the reconstituted the bond is exclusively emotional. A stepparent becomes a point of reference for developing children especially when living next to the custodial parent.


Socially there is a very specific request to those who are identified in the role of "stepmother" and "stepfather" - a bit like fairy tales teach us from an early age - that is, to having or being able to "tolerate" the presence and education of "stepchildren" beyond unconscious reticence that everyone has. In fact, if this did not happen, the woman or man would be accused of lack of parental instinct and educational capacity: it seems, however, that at the basis of these cultural stereotypes there is predominantly a'intransigence towards a reconstituted bond experienced as an "attack" on the old "monogamy".

But how to manage the relationship with children who are not their own?

Unlike the genetic link, in which the "forcing" of birth necessarily involves mutual acceptance (with pros and cons), stepparents become "educators" only as a result of an effective motivation for this exchange, without impositions or necessities. Often and willingly, in fact, forced ties lead to failures precisely because there is no specific choice but an obligation.

The other relevant aspect refers to the freedom of the relationship given that, in the event that the bond between the partners is broken, the possibility of preserving the bond by the children with the new partner, is guided by a deeper motivation and lasts over time even when the relationship is no longer there.

And how can all this be made possible?

Il recognition of the importance of each individual component within the new nucleus it is essential for success. Establish a relationship of confidence and complicity it helps the bond to develop in a deeper and more realistic way. Opening up to the other through the expression of one's feelings and perplexities, it makes communication more real.

Read also: Extended families: how to reconcile mothers and stepmothers?

The bond between adult-child or adult-boy is thus recognized and accepted because it is lived in its real essence: it is wanted, desired, felt and sought after as if one were mutually adopting. Therefore, the affection becomes an inevitable consequence.

When you hear the fetus beat ❯

add a comment of When you can love your "stepchildren"