Whooping cough: because it is dangerous for the baby 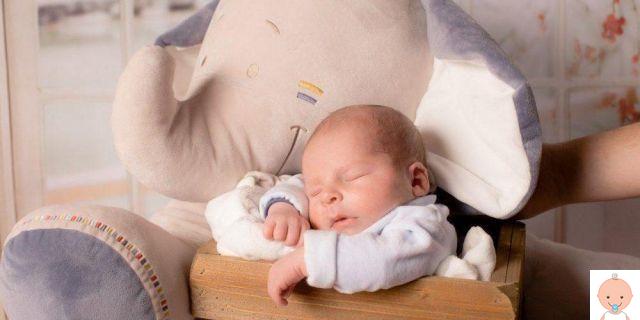 Whooping cough is a highly contagious disease (with a transmission potential (R0) between 12-17) characterized by a very intense and persistent cough. It is also known as "whooping cough" or "donkey / canine cough" due to the characteristic "scream" that children and adults emit when they try to breathe during or after a strong coughing fit. In infants less than 6 months old, coughing is not accompanied by the classic scream.

Whooping cough is caused by a bacterium, Bordetella pertussis, which can be found in the mouth, nose and throat of an infected person. The infection is transmitted by close contact through the droplets of saliva and mucus emitted when the person talks, sneezes or coughs.

Particularly widespread in the past, nowadays, thanks to pediatric vaccinations, pertussis is less frequent in children over one year of life, but is more present in adolescents and adults. In recent years, in fact, in various European countries (including the el country) there has been an increase in cases of pertussis in adolescents and adults, due to the fact that the protection guaranteed by both natural disease and vaccination is reduced in the time, causing new infections (often with milder symptoms and courses). This unfortunately makes the diagnosis and therefore the timely treatment and isolation of the subject from close contacts difficult. This explains why even in countries with high vaccination coverage, pertussis cases are on the rise. This unfortunately leads to an increase in mortality in newborns and infants, who lack protection against whooping cough, as they are still too young to begin the primary vaccination cycle.

The disease initially does not differ much from a common upper respiratory tract infection: cold with runny nose, sneezing, and not particularly intense cough. The fever, when there is, is low. These symptoms can last up to 2 weeks, followed by increasingly severe coughing fits.


During a classic cough attack:

In the convalescence phase, coughing fits can last many months in the classic form, or only a few days in the mild forms.

Only an antibiotic therapy started early, during the incubation period or in the first days of illness (in which, however, as mentioned, the diagnosis is very difficult), can block or attenuate the course. When the typical violent coughing fits have begun, the therapy can still serve to reduce or eliminate the contagiousness, but not to change the course of the disease.

Pertussis, as well as disturbing the patient a lot, is not harmless at all, and especially in the first months of life complications are particularly frequent, such as pneumonia, but also convulsions, encephalitis (often with severe permanent neurological deficits), otitis media, haemorrhage and nutritional problems. In unvaccinated infants, whooping cough is particularly insidious and difficult to diagnose, because it does not manifest itself with the classic course of the older child or adult, but often directly with respiratory arrest (apnea). In this age group it can be fatal, so much so that 80% of deaths in the last 10 years have involved infants under 6 months of age.

The danger of the disease in young children is also linked to the fact that it is difficult to prevent or in any case promptly understand if the child has been in contact with a person who has pertussis. In fact, a person who has the disease is contagious especially in the first two weeks, in which whooping cough is difficult to diagnose because the symptoms do not differ much from other common respiratory infections. Furthermore, since protection against whooping cough decreases over time, it is possible (especially if no calls are made even in adulthood) for a small child to come into contact with people with mild (but no less contagious) forms of whooping cough. , and therefore difficult to diagnose promptly.

Weight of newborns, how to understand if the baby is growing well ❯

add a comment of Whooping cough: because it is dangerous for the baby