Why do VIPs always give birth by caesarean section? 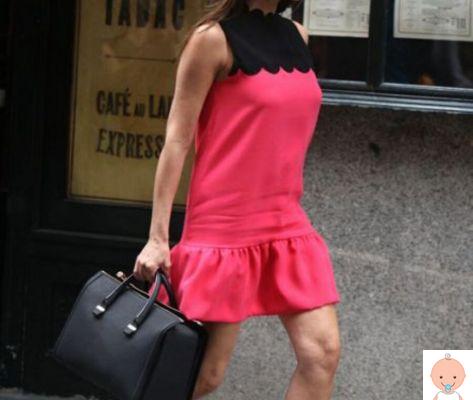 A few weeks ago Elisabetta Gregoraci gave birth (LOOK AT THE PICTURES) and had a caesarean section (Read), She gave birth Anna Tatangelo (LOOK AT THE PICTURES) and she also had a caesarean section. But how come all these women don't attempt a natural birth? The users of the community of. And bear in mind that this is not just gossip, since we have repeatedly talked about the worrying descent of caesareans in hospitals at the expense of the dear old natural birth.

ALSO READ: EVERYTHING YOU NEED TO KNOW ABOUT NATURAL, CAESARIAN AND EPIDURAL BIRTH


Obviously we are not talking about cases in which Caesarean section is the only solution, see breech babies, complications that undermine the survival of a mother or child, previous illnesses, twin births etc. we are talking about caesareans practiced lightly, even in cases in which the woman could very well do it alone. (Read)
His , in the community, a user has opened this interesting post where many have already replied, we report the most interesting excerpts from the discussion.

Nady states: "Beyond the fact that with a caesarean you do not leave calm and relaxed (it is simply a common saying) I believe that they do it as a matter of organization, knowing at what time and on what day their child is born, they do not take , neither them nor husbands, commitments "
While mammuccina replies: "unfortunately these women are spoiled, more and more often articles appear in the newspapers that tell us that they have a caesarean because they decide the date of birth of their children, perhaps the most convenient one for their worldly commitments, or maybe a particular day, then many avoid breastfeeding them so as not to spoil their breasts, they have a special diet, followed by super dieticians, they do sporting activities with a personal trainer always available so that their body maintains tone and get back in shape as soon as possible and have a nanny 48 hours a day who thinks about their children and their every need .. they are with the right little ones to take the cover photo of the highest bidder who earns the exclusive of the first photos of the baby!
I really liked Giorgia, the singer who didn't get carried away by the fashion of TC, she let things go as they should, and gave birth in her house in the most natural way that there can be: in the water "

Ashanti goes against the tide: "I want to express my regret for a cliché that I do not agree at all! And that is what the caesarean section is, 1 ° necessarily chosen by the mother; 2 ° that with the cut" you do not suffer "!
they made me two cuts: the first after all a labor because my gynecologist felt it was safer at that point for my little girl; they practiced the second cut for me, despite I HAD ASKED TO TRY THE NATURAL FIRST THING because my new gynecologist did not trust "a priori". Honestly, I don't know why you think of the Caesarian section as a shortcut"


Melinera poses another question: "If you photograph a child born from a natural birth (mine for example) it's all wrong, purple, ciancicato, it looks like a monkey .... Do you want to put with a beautiful white and pink baby born with a caesarean .... and the paparazzi have to do their job, right? "

READ MORE TO FIND OUT MORE ABOUT GOSSIP WORLD, MANY JUICY NEWS ARE WAITING FOR YOU

Because Sant'Anna is the protector of pregnant women ❯

add a comment of Why do VIPs always give birth by caesarean section?