Women who do not want to have children: childfree 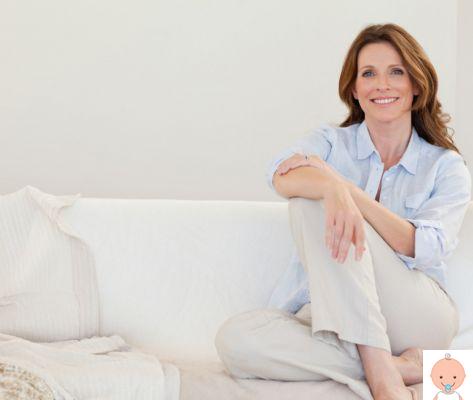 Women who do not want to have children

The last to declare openly, even in a book, of not wanting children and to be happy so was the writer, actress and screenwriter Michela Andreozzi. In a recent interview with D di Repubblica presenting her fictional autobiography "Don't ask me again" (Harper Collins el Paese,), she explained without frills and even apparent regrets of being a fair childfree, that is, a woman who she has no children by choice.

Saying you don't want children today is a bit like coming out: find the courage to make your voice heard.Don't hide behind the excuse, for example, of not succeeding. Your life is valuable even if you don't have children and you don't intend to have them

declares the author who says she is convinced that many women are childfree unaware and that they become mothers more than anything else to satisfy the social and family expectations that are imposed since childhood.

Non-mothers should be praised as much as mothers: they are not half women and their choice must be respected

Michela clarifies that she has no problems, therefore, to exhort the others too, many women who have freely chosen not to want children not to hide, not to feel B series women and not even to be ashamed.

The Childfree movement has grown significantly in recent years. Literally the Angolan term means "no children " but by choice, unlike women "childless"who were unable to have children despite wanting to.


Amy Blackstone, professor of sociology at the University of Maine and author of the essay "Childfree by choice" explains that there is no research that can assess how many are childfree and how many are childless, but according to an analysis conducted on a sample in the States, it is possible conclude that about half of the women who have never become mothers are childless due to circumstances outside their will, and the other half have not wanted children.

But if you look at Europe, the numbers are a bit different. A Finnish research has estimated that 11% of people between 18 and 40 in Europe who do not intend to have children and the percentages are highest in Switzerland, Luxembourg and Belgium, while in the country they do not exceed 4%.

According to supporters of the childfree movement choosing not to want children and having the strength to declare it publicly means wanting to enjoy your life, devote yourself to a couple relationship, cultivate passions and hobbies, not wanting to change your priorities according to motherhood and also not feel up to assuming the responsibility of another human being as the actress explained Cameron Diaz some time ago.

But the battle in support of childfree also passes a profound cultural and social change. The American journalist and artist Nicole Lane, in fact, he argues that those who make this choice clash with unimaginable social pressures and conditioning:

"The child's fever " it is an acquired and imposed desire to leave a mark on society through biological contributions, also known as children. We have been so socially conditioned to become mothers and parents that it seems to be an innate sensation, an indescribable impulse to get pregnant and start motherhood. However, research has found that there is no concrete evidence of biological processes that contribute to this deep desire. After generations of society have told us that having children is a requirement for feeling fulfilled - whether through popular media or family expectations - we begin to consider this desire to have normal, compulsory children.

Pregnant women: do you have to drink for two? ❯

add a comment of Women who do not want to have children: childfree